With the food prices about to rise dramatically due to the draught out West, you may want to stock up on this great deal.  Food Saver has pork roasts on sale for .99 (1.09 with 10% added) per lb.  If you sign up for their discount program, after every five visits you get a $5 off of $50 coupon text sent to your phone.  It's great for stock up deals like this!
- January 29, 2014 2 comments:

Do you need something inexpensive to make to take to your family holiday dinner? This is a great dish that I made last year, and the nice thing is that you probably already have the ingredients! It is also easy to double for larger crowds.

Pour into pan and bake for 45 minutes to 1 hour.

What do you do with green tomatoes? 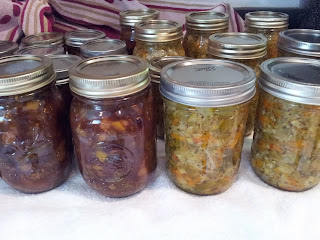 It's that time of year when gardens are ending and gardeners are picking the last of their produce before the first frost. My garden produced quite a few green tomatoes.  I ended up making Green Tomato Mincemeat and Chow Chow.  Both recipes are excellent!

Directions:
Simmer ingredients until soft (about one hour). Ladle into hot jars and water bath for 25 minutes.

Chow Chow has traditionally been a fall canning recipe. It is a method to use up the last of a garden’s vegetables. Cooks have often added other ingredients like carrots or cauliflower. It can be used on hot dogs, hamburgers or with beans to add spice.

1. Chop tomatoes and drain. Add to large pot.
2. Chop remainder of vegetables, add to tomatoes and mix.
3. In a separate pot, heat vinegar, sugar and spices until blended.
4. Add liquid to vegetables and mix. Bring to boil and simmer for 15 minutes.
5. Ladle into sterilized jars.
6. Water bath for 10 minutes for pints and 15 for quarts.
- October 28, 2013 No comments:

Email ThisBlogThis!Share to TwitterShare to FacebookShare to Pinterest
Labels: Canning 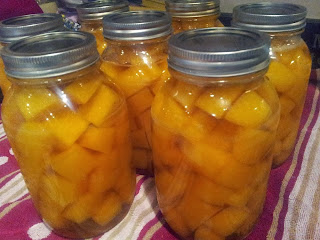 When I first started using pumpkin I was concerned with the type I chose. That was until I tried a carving pumpkin and found it to work just as well in pumpkin bread as any other type. I have used them for the last four years. These seven quarts pictured were from one pumpkin purchased at Aldi's for $3.99.

Here is how I do it:

Cut it in half and scrape out the slime with a spoon. Save seeds to either bake for a snack or for planting next year. Cut the halves into a few sections. Take the sections and cut into slices about an inch thick. Cut the slices into small squares. Slice off the side of the square that has the skin. Not only is this the easiest way to skin a pumpkin but it is easier to compost the skin. Boil your pumpkin squares for 2 minutes. Remove from boiling water and fill your jars. Pour clean boiling water over the pumpkin. Place your lids on your jars and put in pressure canner. For pints, 55 minutes at 11 lbs, for quarts, 90 minutes at 11 lbs. Just drain and blend or mash to put into your favorite pumpkin bread recipe! One pint generally equals 1 cup of pumpkin puree.
- September 25, 2013 No comments:

The Cost of Tomatoes

I am a newbie when it comes to purchasing tomatoes.  Of course I have bought a few at a time at the grocery store, but until this year I had never canned tomatoes and had no idea how to purchase larger amounts.  I had heard that people had success at the farmer's markets.  Our local community had a Tomato Festival at the Franklin Farmer's Market and I thought, "Okay this had to be the best place to buy good quality tomatoes."  It was a yuppie fest for people willing to fork out way more than I wanted to pay.  Sure the tomatoes were beautiful, but you could not find a tomato there at a reasonable price, most sold for $3-4 per lb.  Yikes!  So I went to Aldi's on the way home and purchased tomatoes grown in Georgia for about $1 per lb.  I like supporting our community farmers, but I don't want to be robbed.

My next attempt was at a farmer's stand in Franklin near the historic City Cemetery.  They sold beautiful boxes (about 25 lbs) of Amish organic tomatoes for $24. Wow, less than $1 per lb and these were beautiful.  Unfortunately, the following week they had raised their prices to $28 per box. 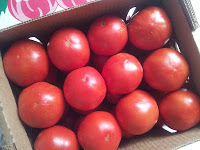 I then tried the farmer's stand on Old Highway 96 in Franklin.  They had gorgeous yellow and red Roma tomatoes for $22 a box. While that was still a better price, it was not the fantastic deals that I had read about online in the canning groups that I am a member. 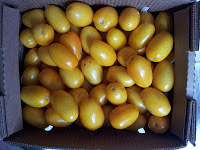 My next trip was to the Farmer's Market in Nashville.  The first warehouse type structure closest to the road had tomatoes for about $2 per lb.  Not a deal.  The second structure behind the first actually had boxes of tomatoes ranging from $12 to $16 per box and the lady was somewhat concerned for the "high" price.  Amazing.  So I bought an exceptional box of Roma tomatoes from Swafford Farms (TN) for $12.  It was around 30 lbs which was about .40 per lb.  Now that is a deal! 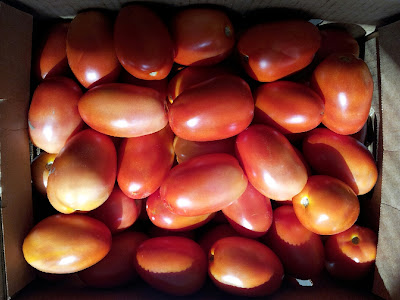 Hope this helps those on the lookout for tomatoes!  If anyone has a great place to buy produce locally, I would love to know!

Great Deal on Beans and How to Can Them! 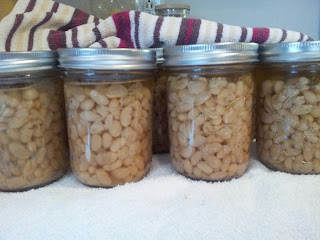 Gordon Food Services is a local (and has national locations) food service distribution store that is open to the public. Ours is located in the Cool Springs area.  Mostly restaurants use it.  They sell 10 lbs of a variety of beans for $9.99. While I know I could just leave them dried and use when I need them, it is so inconvenient to have to remember to soak over night and not be able to just open a can to make chili. So I decided to can some and leave some dried. 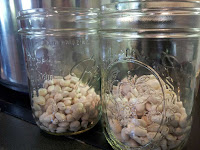 I chose the easiest possible canning recipe - can the dried beans. I hesitated at first thinking it would not work, but they came out great! The box comes in two five pound bags. Using only about half of one bag (about 2.5 lbs) I canned 14 pints. All you have to do is put a half cup of dried beans in your pint jar, half a teaspoon of salt, and fill with boiling water. Pressure can at 10 lbs for 75 minutes (90 minutes if you add a meat flavoring). So easy!
- August 27, 2013 No comments:

Email ThisBlogThis!Share to TwitterShare to FacebookShare to Pinterest
Labels: Canning

Bruschetta in a Jar! 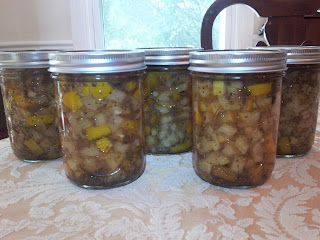 This is by far one of the easiest canning recipes I have ever done! I had an over abundance of yellow tomatoes.  It turns out that yellow tomatoes have a similar amount of acid to red but are sweeter which makes it seem like they are less acidic, per several university agriculture websites. However, since they are soaking in mostly an acidic fluid, color differences would not matter in either case.

Bruschetta in a Jar
From Ball 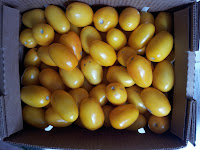 What could be more welcoming than warm, freshly toasted homemade bruschetta? Just spoon these zesty tomatoes onto a toasted baguette and garnish with grated cheese and a splash of olive oil, if desired. 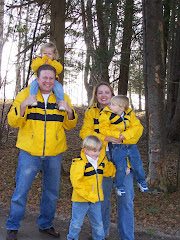